The Toy Soldier Swimmer Headset With Military Style PTT (Talkabout Version) is a replica of the Selex TASC1 Headset. This version is made by Toy Soldier, the same guys that makes 12" Military Figures. 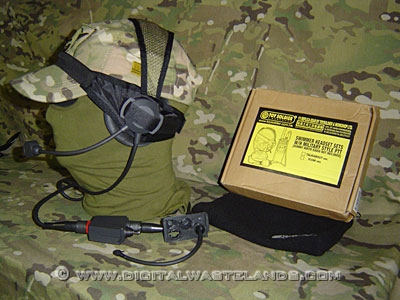 I purchased this from Den Trinity in Hong Kong. The model I ordered was the Motorola Talkabout version and worked flawlessly out of box. This headset is PTT (Push to Talk) and the PTT switch is visually modeled after the the real version, but functionally it's just a pressure switch. 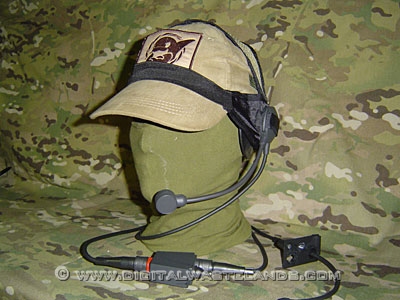 The headset has 3 velcro adjustable straps and can be work over or under caps and under boonies and helmets. This is a single sided left ear piece. The boom mic works well and there are no obvious wiring problems with the unit (The tell tale "crackling" when wires and and connector shift position) I'm not going to purposely test the Toy Soldier version of headset for it being waterproof though. 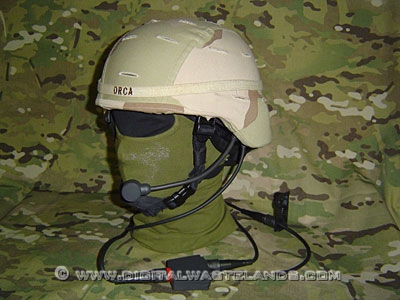 Under helmet you have to thread the boom and cabling through the left side of the para style chin strap. But its very comfortable when all is in place. I prefer a headset over a throat mic. It's a very positive physical connection and visually you can direct your voice volume towards the boom mic rather then pushing on neck sensors. 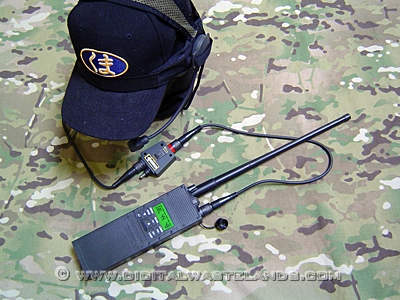 I scored the Toy Soldier Dummy Radio to go with the Swimmers Headset. First off, it's HUGE it will not fit into my BHI radio pouch ;( It also turns out my specific Motorola Talkabout won't fit within the unit ;( And unlike what Dentrinity's description of this Dummy Radio as a BB holder… it won't even work well as that! But it looks good on the collection shelf form a distance ;P 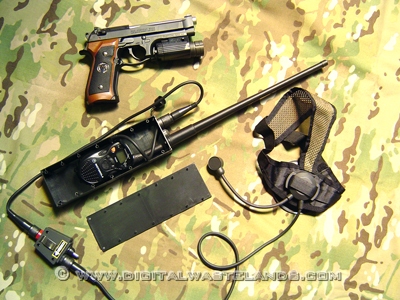 Here are the usable internal dimensions of the Dummy radio: