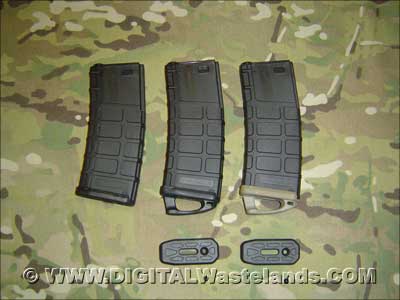 The Magpul PTS – PMAG is a 120 round midcap magazine, modeled after Magpul’s 30 round PMAG for Armalite style rifles. 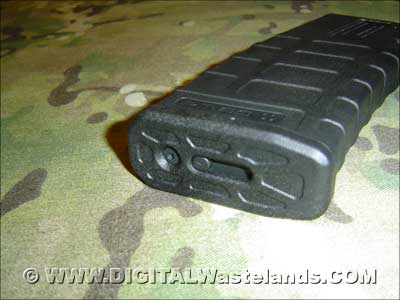 The PMAG has an allen screw as well as a spring loaded button, which keeps the floor plate secure. I originally thought the allen screw also kept the magazine internals in place, but fortunately it doesn’t which accommodates the use of Real Steel PMAG Ranger Plates. 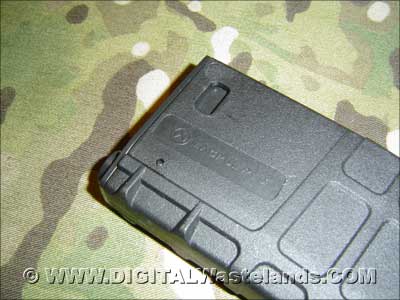 There is a pin, just below the feeder mechanism. I believe that this pin is what is securing the magazines internals, but will confirm later (I cannot find my armorers punch of that pin size right now) 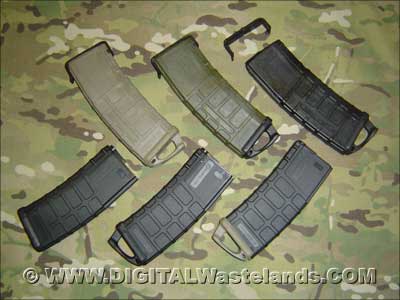 You’ll notice, while the PTS PMAGs resemble the Real Steel PMAGs, side by side comparison shows differences in dimension, design and material used. 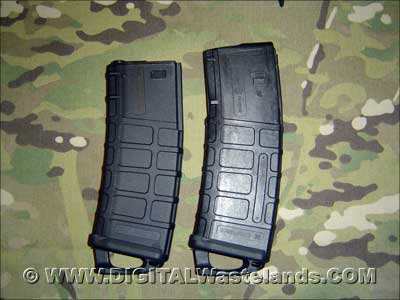 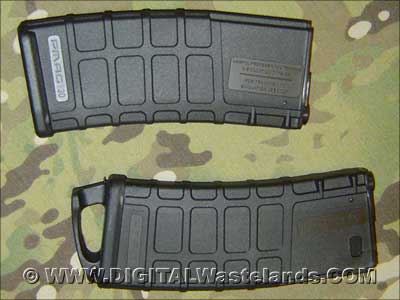 The build of the PTS PMAG is solid and as mentioned above, the PTS PMAGs use the real PMAG Ranger Plates. They are only held on by the spring loaded button when you replace the stock floor plate You do not need to use the allen screw. 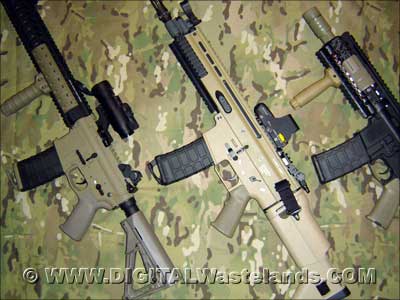 So far, I’ve test fitted and fired the PTS PMAGs on all my AEG’s that take STANAG type magazines and a few in shop at AEX. Feeding has been flawless for far, but will have more detailed test results after this weekend. 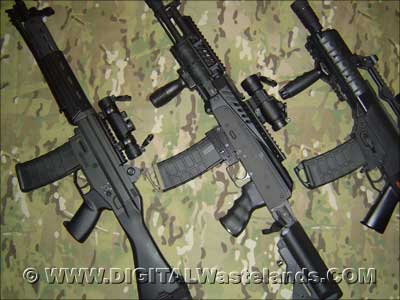 Will add more models later as I can test them.

I’ve seen posts of people bitching about the $32.00 price. To put it in perspective, if a person were to get a Real Steel PMAG for $17.00 avg street price. Add a $22.00 midcap with removable internals. Plus the time it would take to try and modify the Real PMAG enough to accept the midcap internals. You would be at $39.00 just for parts alone. 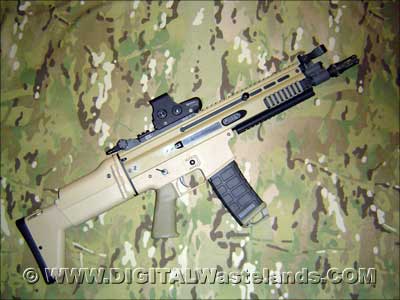 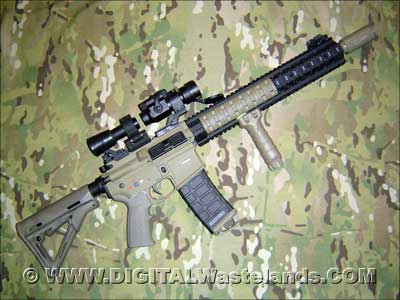 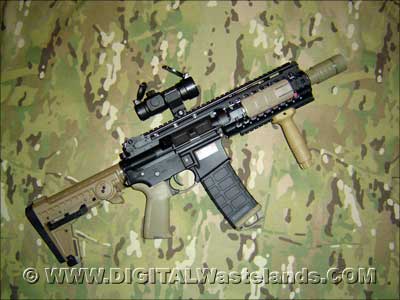 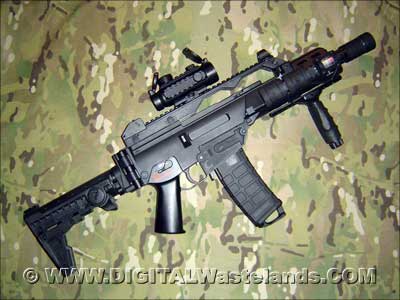 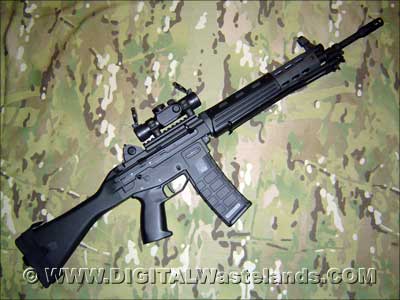 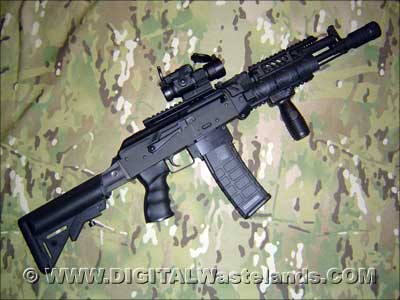 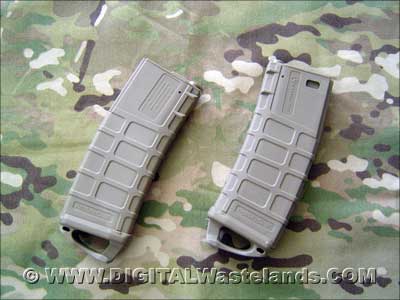 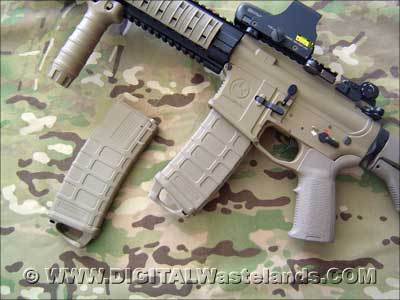 When Poseidon, Japan releases something, it’s always sad to see,, the first "knee jerK" comment is, "It’s from Ghost in the Shell". With just a little research of the Poseidon site itself, they tell you what they modeled their kits after, and in most cases it’s NOT GITS.

The next thought is: "Does accuracy really matter?" "It’s just a fictional gun to begin with." To some it really doesn’t matter, but the simple answer is, Poseidon has already posted what series things belong to or not.

Another way to look at it is, some people believe slapping a longer barrel/front end and thumbhole stock on an AK makes it a SVD Dragonuv. Some people know the difference between an AK and Dragonuv, and would rather have a replica of a true Dragonuv. Being "correct" is a matter of perspective since everything is a replica.

A quick back grounder on Poseidon, Japan. Poseidon, Japan is a small model shop. Their name comes from Poseidon Heavy Industries, which is a fictional multinational corporation (Japan) from the Masamune Shirow anime universe.

Below is a chart of all of Poseidon’s Weapon releases and who/what they are related to. This info comes directly from Poseidon.

Please note: Production is based on the Poseidon Website 07/2008 adn only refers to items being in stock in Japan. Most cases Poseidon does NOT export their work. 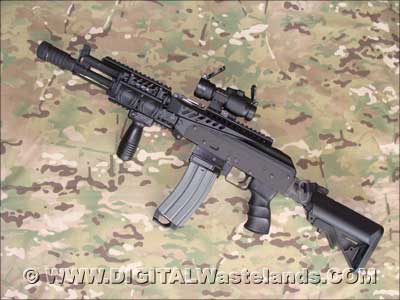 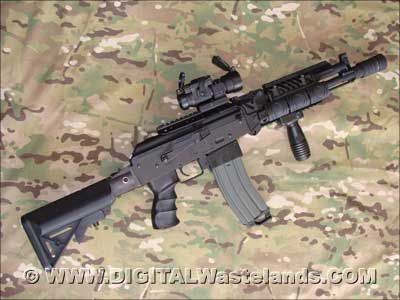 The adapter attaches to the AK as a regular AK magazine would. No complex installation and it’s ingenious design disables the AK magazine release, when a STANAG magazine is in use. It uses a simple, spring actuated, side magazine catch for the STANAG magazine. 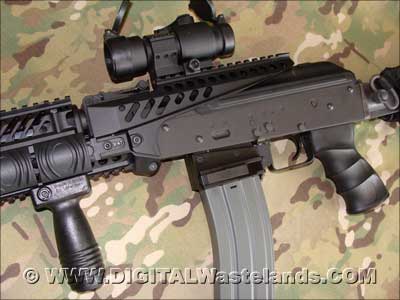 So far the TSI Magwell Adapter fit on a Tokyo Marui AK47 plastic body, G&P AK47 metal body and King Arms AK74 metal body. The magwell adapter adds a more "dead space" between the magazine and the hop-up, so expect to see 10 or so bb’s fall out during a mag change instead of the usual 5 or so. 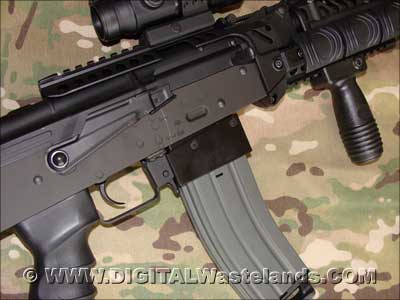 The way the magazine sits within the magwell take a little getting used to. For me I found that inserting the magazine front side first, to make sure it seats on the feed nozzle. Then pivot the magazine toward the rear, to engage the mag catch. 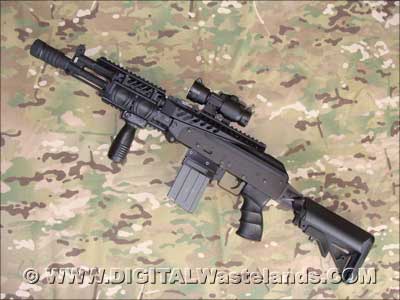 I have tested it the magwell adapter with multiple STANAG style airsoft magazines. I had to file down the mag catch a little to work with more magazine types.

* Any issues with this magazine can also be due to magazines quality.
** These specific King Arms magazine do not work in any of my AEG’s not a TSI issue. 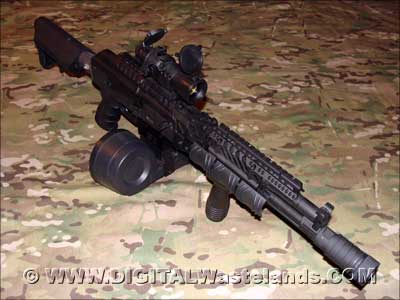 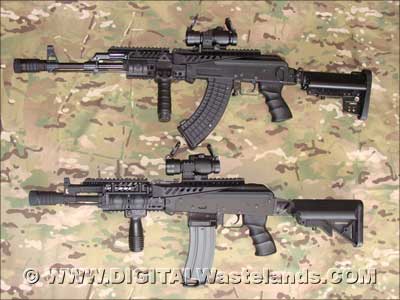