Wow!!! is all I can say for now… There's a few VERY In Depth reviews already out: 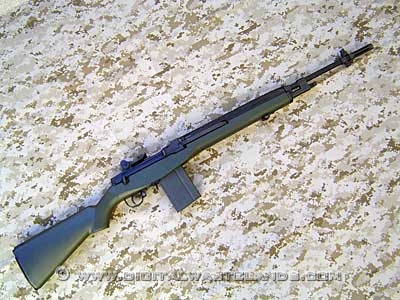 So instead of me re-writing the Airsoft Extreme's TM M14 Review or
Hammermod's TM M14 Review. I will try and speak on subjects they may have not touched on.

Marui did it again!!! This is going to become an M21/M25 eventually!!! Parts on order! And also waiting for the plethora of 3rd party parts that usually follow a Marui release. 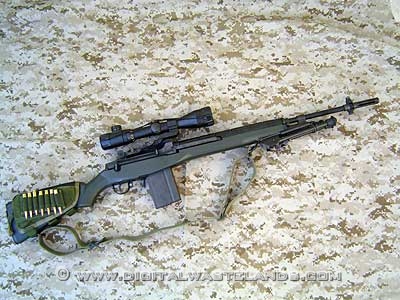 One thing to note. The synthetic stock is flexing with the bipod attached. While TM did have a mounting hole for a bipod on the foregrip of the stock. I'm not too sure they meant for a bipod to actually go there by the flex in the stock. 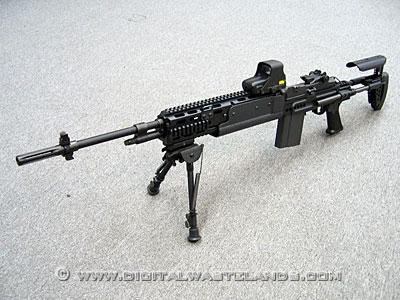 Adding the TGS EBR Kit does have many improvements over the original TM stock. It's a well built addon kit and realtively easy to install (The included directions make the install more difficult). It does add weight to the over all rifle when installed, but the folding stock makes the rifle easier to handle. The added body rigidity, but the foregrip carried large battery does make thr EBR front heavy. Oh did I mention this AEG is now heavy? 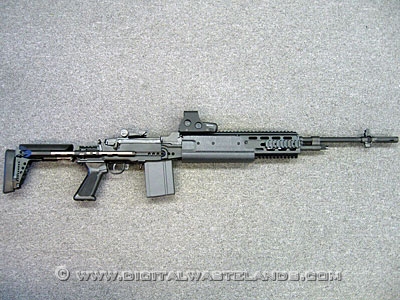 Dunno what possesed me. As my buddy Bruiser @ AEX said, "Why the heck you get the Marui Uzi??? Oh yeah… you're a chairsofter…" 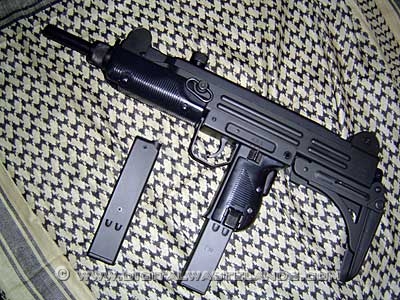 Just got it… It's already been reviewed elswhere

But I can say, chrono results are low compared to other stock TM AEG's, probably due to the short barrel and the "Real-Shock" simulated blow back system.

Even though this AEG has been around for a while (Released in 1998), because it uses the Version 5 gearbox, there are virtually ZERO internal upgrades for the TM UZI.