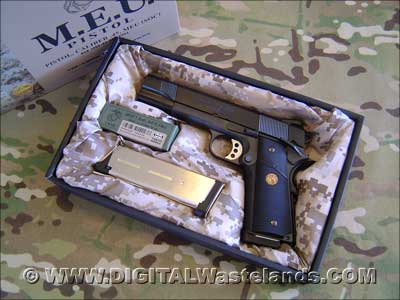 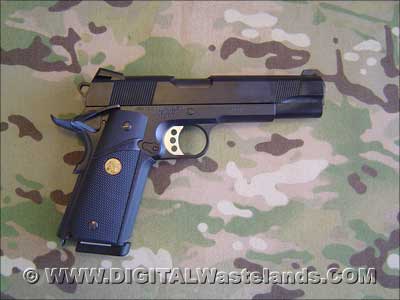 As with most TM GBB’s, the M.E.U. has a high quality build and is a great performer straight out of the box. Handles Green Gas no problem. Most parts are TM 1911 compatible/interchangeable. 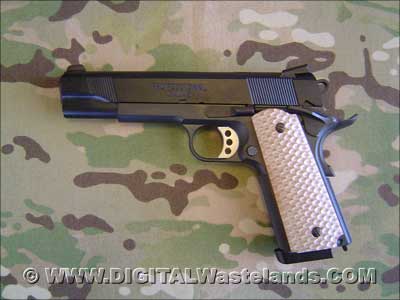 I added the Coyote Brown, Simonich Gunner Grips to act as an alternative setup to my Western Arms MARSOC. This decision was based solely on how well supports TM guns are compared to WA, if I choose to upgrade anything later. 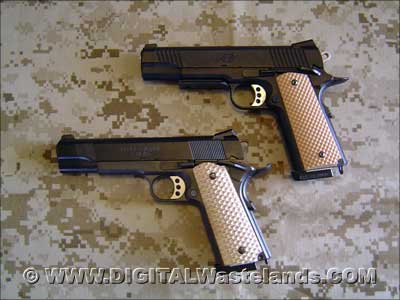 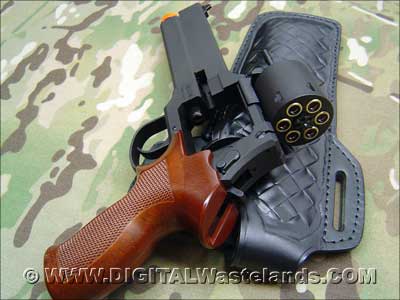 While my last experience with Marushin GBB was pretty disappointing (Marushin 5-7), I was pleasantly surprised with the build quality and performance of their release of the Mateba. The Marushin Mateba is modeled after the Real Steel Italian made autorevolver Model 6. The creation of this specific model was inspired by the Manga, Ghost in the Shell and the use of it by a character named Togusa. This specific Mateba does not exist though but has the Model Number M207 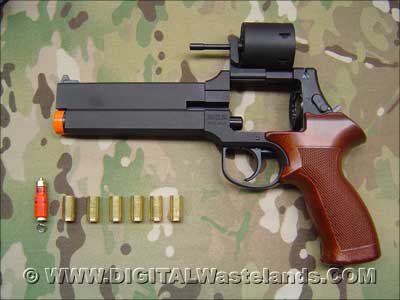 The Marushin Mateba is almost all metal in build. Frame, Cylinder, Outer Barrel, Trigger Mechanism and Cartridge Casings are all metal. The trigger is double action, so the firing mechanism is more like a NBB (Non Blow Back) pistol. Because of this, the Marushin Mateba has been handling Green Gas just fine so far. It fires the large 8mm BB’s and carries 6 shots. Each shot is loaded into an individual shell casing, then those are loaded into the cylinder.

The gun comes with 6 re loadable shell casings a 1 collectors bullet modeled after a "tracer" round which can be used as a cell phone strap or ornament. 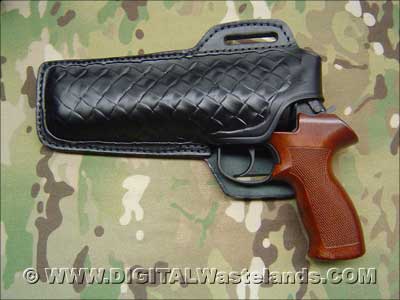 The optional Belt Holster will finish out any " Suit and Tie" Section 9 setup and fits the Marushin Mateba perfectly. 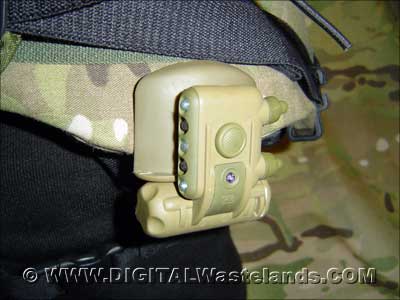 This is a clone of the Surefire HL1-A-TN Helmet Light System. Ebaybanned put these on sale for $19.95 including international shipping, to apologize to their regular customers for some shipping delays. 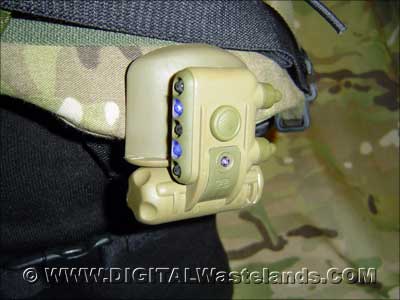 The build is OK., definetly NOT Surefire quality, but passable for the price. The unit runs off 1 CD123A Lithium battery. This unit by no means compares with a Surefire P60 tactlight in lumen output. The LED’s on this unit are for personal illumination and IFF identity. 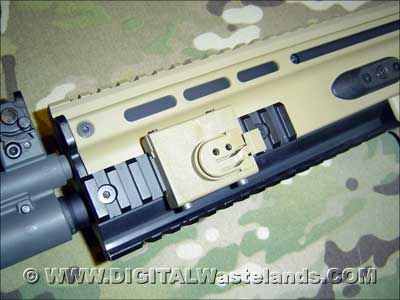 This unit shipped with:

The RIS mount was a nice addition, but with the low level light output of the LED’s, I’m not sure how effective rail mounting this system is. But this unit is low profile enough to be mounted on an upper M16 rail and sights can still be used. 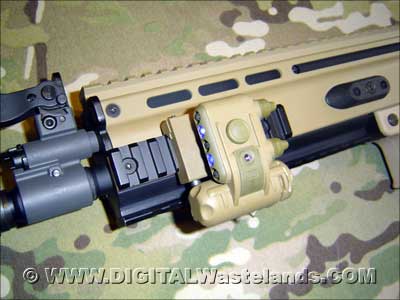