I’ve gone through my fair share of chargers for airsoft batteries over the years. Had a few Radio Shack Wall Warts and TLP chargers. But my longest lasting, best performing charger has been my Duratrax Piranha. 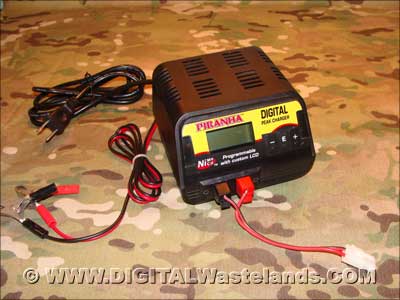 I’ve had my Duratrax Piranha Digital Peak Charger since 2004. It can save setting for up to 10 presets. and it’s a programmable for 6 different features:

IIRC I purchased this for under $50.00 and has performed well since purchase. 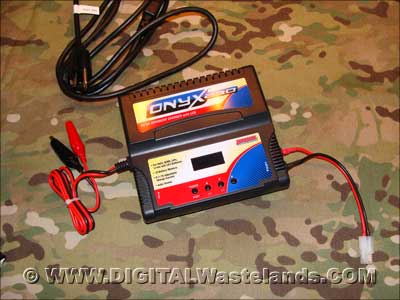 I purchased the Duratrax Onyx 230 since it support LiPo, Li-Ion and LiFe battery charging. Most of this decision was based on the years of service my Duratrax Piranha has given me. It also has 10 programmable presets and a multitude of programming options. 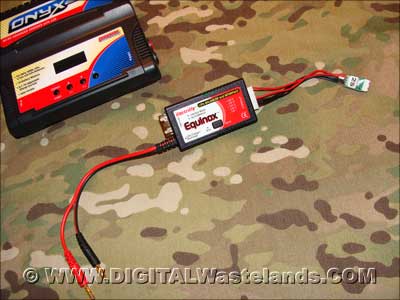 The Onyx 230 does not come with an onboard LiPo balancer. I went with the Equinox balancer from the recommendation of the distributor.

Will update this post with more info as I have more time with this Charger and Balancer combination. 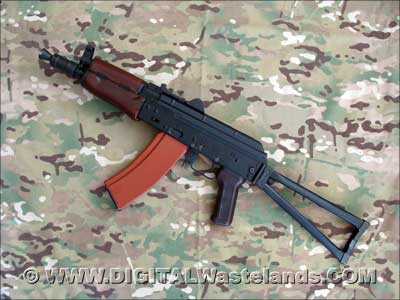 I honestly thought I reached my limit for AEG’s and I had seen the previous TM Blowback AEG the AK74MN and it only slightly piqued my interest. In fact I wrote off the TM AKS74U as being yet another AK74U release. But when i saw this being test fired at AEX, it was much more impressive then I would have imagined. 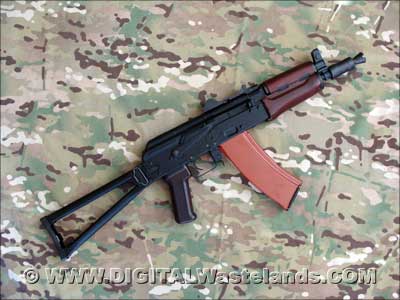 The electric Blowback mechanism that TM created is a very clean implementation. The fake bolt blows back and closes forward consistently, unlike the VFC AK Blowback system. Info on both the TM AK74MN and VFC AK Blowback AEG’s here if interested. The Blowback on this AKS74U seems to be more powerful when compared to the AK74MN and gives the feeling of recoil when fired. This could also be due to the AKS74U being shorter and less mass. Just seeing that recoil when someone else test fired it sold me right then and there. This is also why I’m excited about the new Blowback M4 TM recently announced. 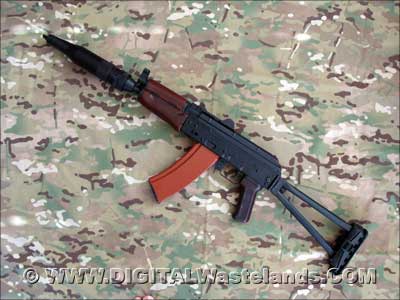 The new TM AK74 Series takes a different type of AK magazine from the older TM version 3 gearbox AK’s. While at first I thought this was unfair, now seeing how the new design works, I’m happy to see the improvement. TM redesigned the Armalite style magazines on the Type 89 so they would feed/fire all bb’s in the magazine. They followed that design to the Mac-10 AEP’s magazines and have carried it onto the AK74 series. <speculation>Making an educated guess, the new Blowback M4’s will also have these new redesigned magazines as well and will not be able to use older Armalite style mags.<speculation> 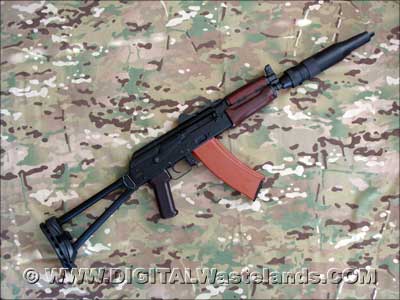 Another trend/design that TM has carried forward since the M14 and Type 89 is the build using a metal body. And compared to Chinese aftermarket AEG bodies, the Japanese designed metal bodies are an excellent build are a good balance of strength to weight. 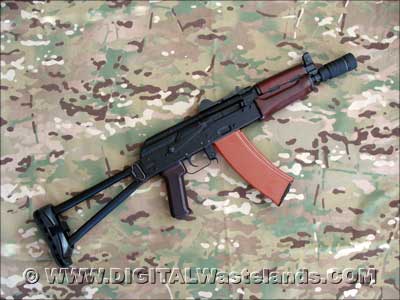 Only downside so far is the small battery compartment which you have to cram an 8.4 Mini battery in. I have a few Lipos on order to see how well they work. Will post updates on this later.

Of course I had to add a few parts… 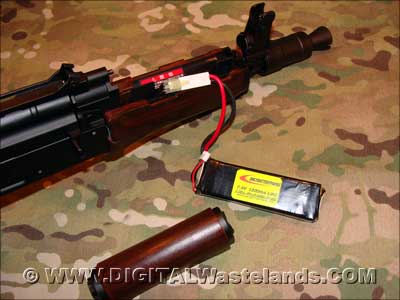 The 8.4v Mini batteries (Intellect), I’ve been using on this AK have been a real pain to use. They barely fit in the hand guard, and I’ve run across a few brands that won’t fit at all, due to how the wiring was soldered onto the pack, use of spacers and length of wiring to connectors. The rate of fire with an 8.4 mini with the recoil system seemed to be a little sluggish. 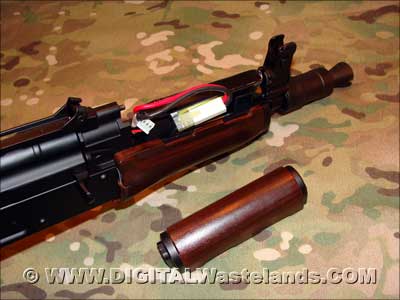 I purchased a couple of 7.4v 1500 Mah, 25C CONTINUOUS / 40C BURST batteries form onlybatterypacks.com. These are dimensionally slightly smaller then an 8.4 Mini Battery pack, so hand guard fitment is MUCH easier. Even though it’s voltage is lower then an 8.4 mini, its output rate is higher and does result in higher ROF. Don’t worry… even though my existing chrono’s don’t measure ROF, I have 1 incoming just to do that. Will keep updating this to the performance of LiPo usage in this specific AEG. 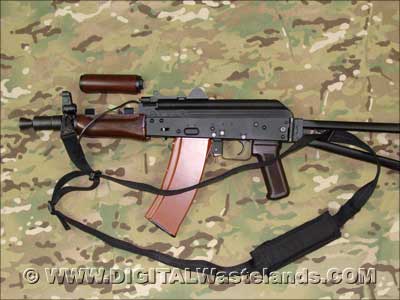 A user on a local forum asked me how the AKS74U would look/work with a Laylax battery sling. Works well and it looks as if TM designed in a couple of gaps on the hand guard to accommodate external wiring! 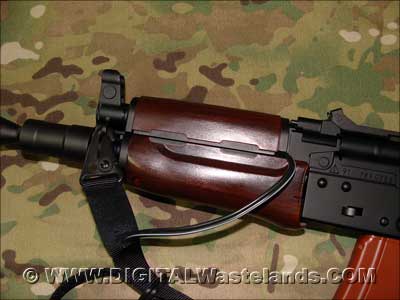 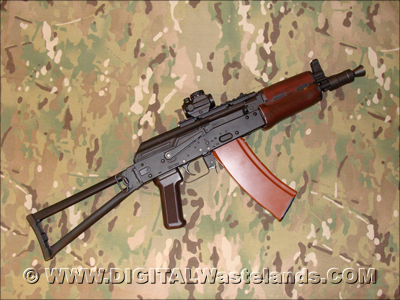 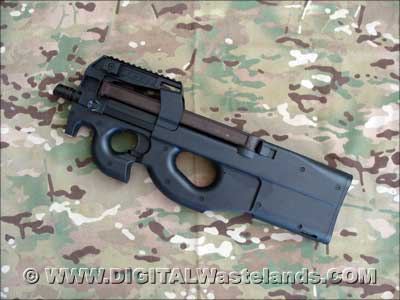 Spartan Imports was kind enough to send me down a Classic Army P90TR, to take a look at for review. My first AEG was a Tokyo Marui P90 originally bought for me by a friend in 2001. The TM P90 has functioned flawlessly since 2001, never having any problems and still shooting as strong today as 2001. So I’ve been interested to see how the CA P90 series performs. 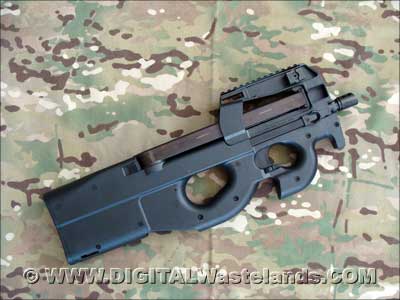 The CA – P90TR is in the Sportline Series and this specific one Spartan Imports sent, was their Value Package, which includes: battery, charger, shooting glasses and bb’s. These retailer from AEX for $170.00, so not a bad deal for a starter AEG package. 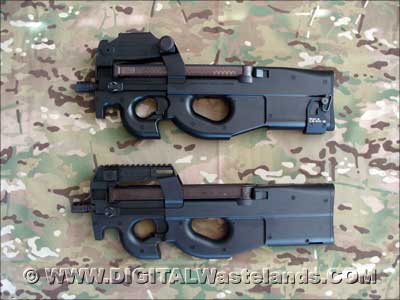 Being a long time happy owner of the TM P90 it will be hard not to do some direct comparisons, so let me get some out of the way. But please keep in mind that the CA Sportline series is their budget line, so direct differences to TM in some cases are due simply to that.

The color of plastic used on both CA P90’s is close to the black used on the TM P90 RDS. The texture is rougher then the TM plastic though. Also you can feel the body seam that runs down the entire length of the CA P90. The body also flexes slightly compared to the TM. 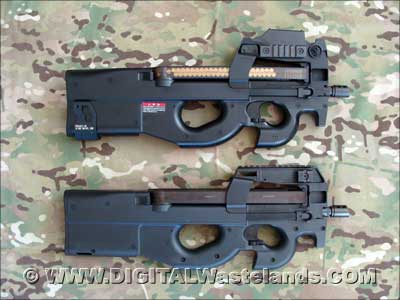 As I’ve noticed/reported in the past all CA Sportline’s (M4’s, MP5’s, AK’s) I’ve test fired, make an audible "boing" sound when fired in semi auto. Seems to be something common with all Sportline internals. But their ROF is good and 310-320 fps is great for an "out of the box" P90. The 300 round high cap mag supplied by CA is a better performer then the TM P90 High Cap. 1 full wind of the CA P90 High Cap will power almost the entire magazine. Only time will tell on durability though. 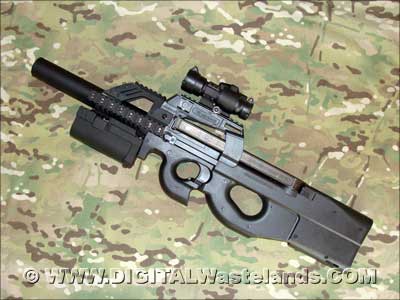 Of course I couldn’t just leave the CA P90TR stock. The CA P90 takes most parts made for the TM P90 so far. Added the following mods: 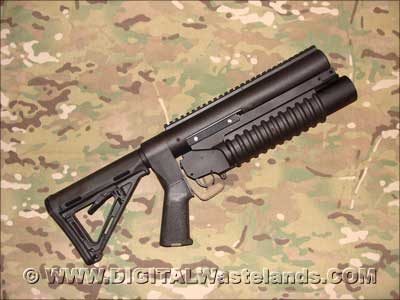 Here was another "How can Ebaybanned sell things this low and include shipping" deals. $50 shipped International. It’s a mostly plastic frame system, but it makes for a nice Standalone Tactical M203. Added the following: 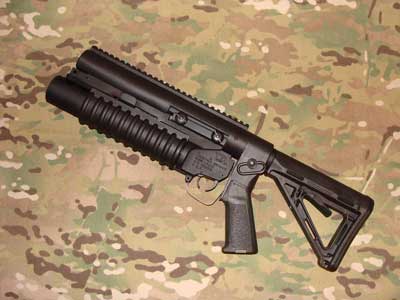 This came with an M16 A2 style pistol grip, but the finger nub and the trigger guard made for a very tight fit. A Magpul MIAD grip work perfectly as a replacement. 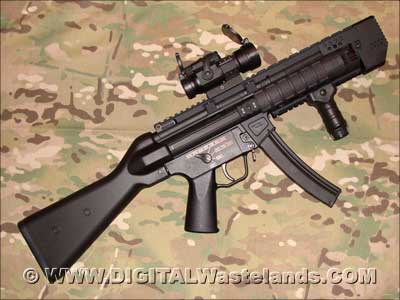 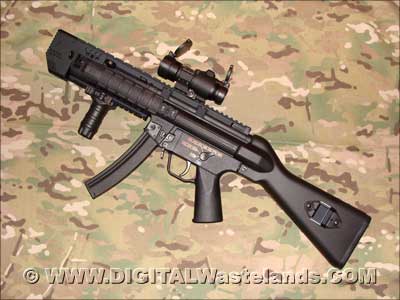 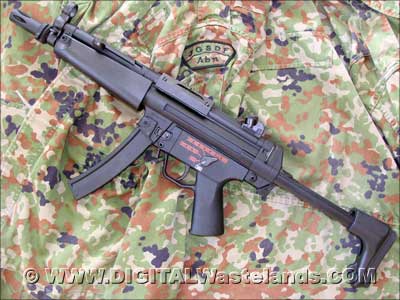 Regular visitors may have noticed, I’m a late adopter of MP5 goodness. I just happened upon a hard to find Nitro/Vo MP5 Rail sleeve recently though and my MP5K Sword Devil needed a counterpart. 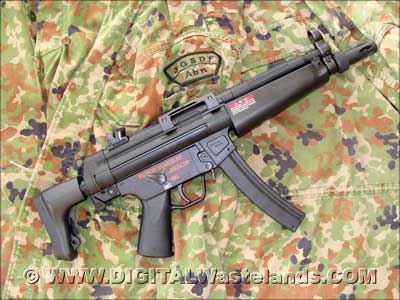 More details to follow. I picked the MP5-J mostly due to having the burst trigger markings. Which should set this soon to be Swordfish mod apart from others. Stay tuned. 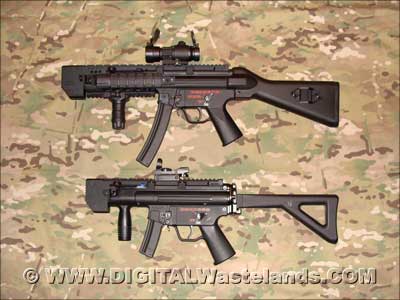