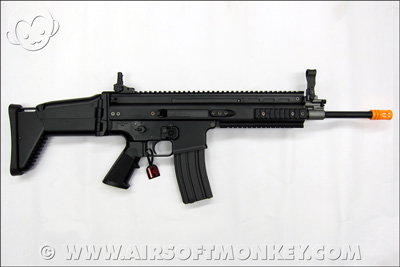 The Tokyo Marui – SCAR-L is 1 of the latest in their Recoil line of AEG’s. Like the TM SOPMOD and SOCOM series, these AEG’s have a Recoil systems, which give the user a more realistic feel when fired. They also use the same type of magazines and the standard 30/82 round ones will stop the AEG from firing when empty which is another realism feature. Freedom Art makes a convertor so you can use older style M4/M16 AEG magazines with this new recoils series as well, but they won’t stop the AEG from firing when empty. 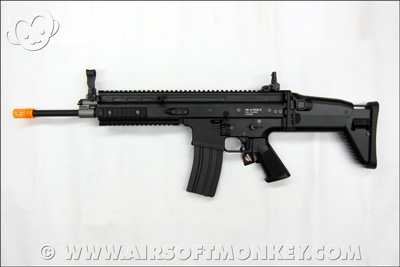 The upper receive is aluminum with a full top Picatinny rail and include folding iron sights. The lower receiver is polymer with ambidexterous selector. The foregrip has rails on both sides and bottom. The rear stock will slide for length adjustment, fold to side and also has an adjustable cheek rest. It takes a standard 8.4v Mini Style battery in the stock. 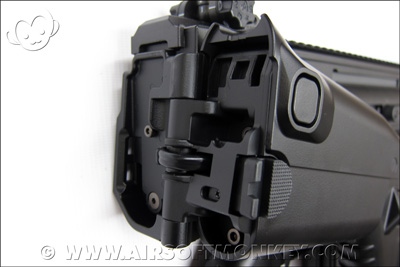 Shooting the TM Recoil AEG series is fun. The recoil is strong enough to feel and move the AEG when firing.

See Travis Haley’s view of airsoft for use in real weapons training using the TM SCAR.