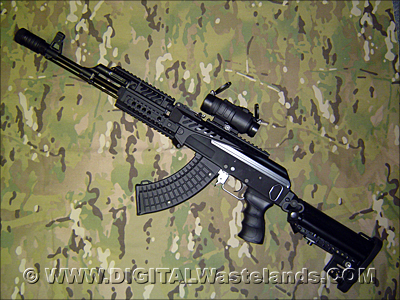 UFC/G&P finally released their copy of the TDI X47 rail system. Redwolf has them for $349.00 in Hong Kong, but the Real Steel TDI X47 sells here in the US for $379.00. So this combined with the fact the GWS AK SOPMOD Bolt broke, I've lost interest in this project. Will keep you posted. 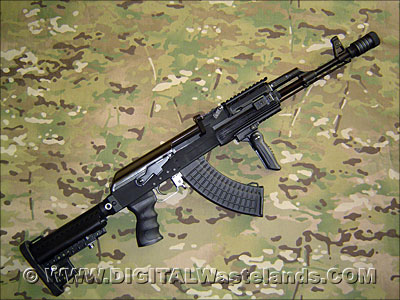 The Tokyo Marui AK47 is one of TM's most successful lines as far as durability, and stock fps and accuracy. The are also relatively simple to work on and tons of upgrades exist.

Right now it's still a work in progress. Converting a Tokyo Marui AK47 to a Blackheart Int'l SOPMOD AK. Parts added so far:

I'm now rethinking the whole BHI SOPMOD AK conversion now that the GWS AK SOPMOD Bolt and Selector was of such poor quality. Will keep you updated here. 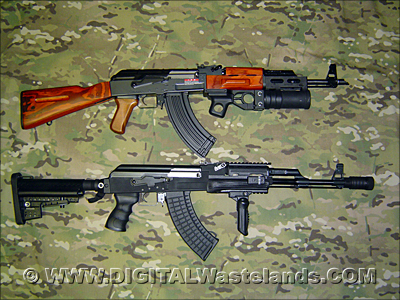