The Nitro.Vo – Battery Box Type-E can be best described as a Battery Box, with a dummy red dot scope. It serves it's purpose as a battery box, for an 8.4 mini battery well. Battery change out is a breeze. 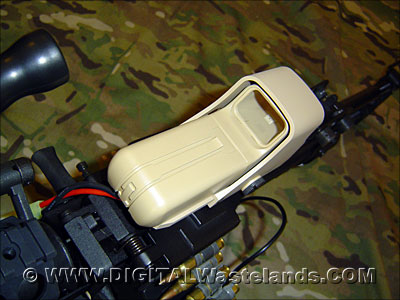 But the Red Dot scope is little more then an LED reflecting off a clear plastic lense. It does not function like a real red dot scope does. So if you are hoping this will serve in both roles, it won't. With a real red dot scope, the dot stays oriented down the barrel. The NitroVo boxes red dot is all over the place. 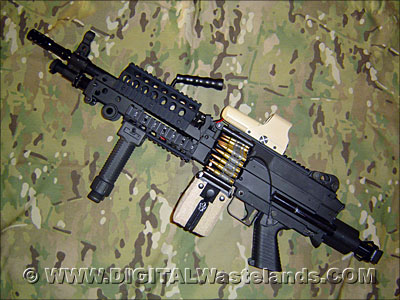 I got this for my MK46 since after adding the fore grip rails, it became cumbersome to load the battery internally. I used an external PEQ box for a while, but thought the Nitro Battery Box would be a good solution. 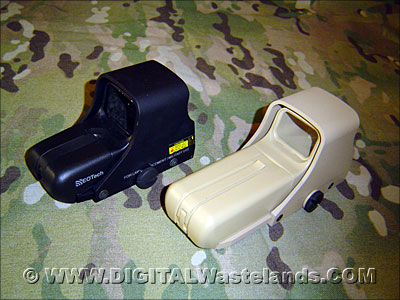 As you can see in the comparison pics, the Nitro Box is very plasticy. Very hard to replicate the black metal of the real EOTech. But the dimensions are suprisingly pretty close. 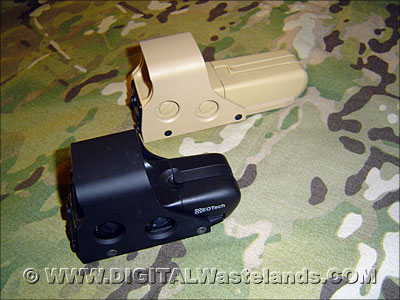 Most dials and switches on the Nitro Box do not function.